An elopement wedding no longer means getting secretly hitched in Las Vegas by an Elvis impersonator or joining throngs of couples at City Hall to be pronounced spouses by a bleary-eyed clerk. If that’s the kind of wedding you want, there’s absolutely nothing wrong with that—but eloping doesn’t have to be hushed, crushed, or rushed. Elopement has taken on a whole new definition today as a smaller, intentionally-thought out wedding. It means taking the time to stop, think, and have a conversation with your beloved about how you want to get married.

As someone who specializes in “micro-weddings,” I will tell you that having an intimate wedding in a beautiful or historic setting can be even more meaningful, and far less expensive than a traditional ceremony with hundreds of guests. If you do it right, which means knowing what documents you need, what to plan for, what to avoid, what you can do yourself, and what you must contract out — you can have the wedding of your dreams at a fraction of the cost.

Over the past 15 years, I have attended, organized, planned, and officiated an average of 250 weddings a year—that’s more than 3,000 weddings’ worth of experience! As founder of Wedding Packages NYC, the fastest-growing elopement company in New York City, we’ve managed not only to survive, but to thrive in the face of a pandemic (yes, we did Zoom weddings and ceremonies in cars). Challenging times present unprecedented opportunities, and even a virus couldn’t stop love! I’ve been featured in The New York Times, The Financial Times, Cosmopolitan, WNBC, Fox News, New York-1, Telemundo, the book Immigrant Hustle, and other local and national media. I was also named one of the Top 10 Entrepreneurs to Watch Out for in 2021 by Yahoo News. My journey from wedding officiant to business owner had many twists and turns, and I will tell you how I got there. I am a spiritual teacher as well as an entrepreneur, so my job is literally a labor of love!

It all starts with a vision. Many of us, especially young girls, fantasize about our wedding and have a romantic idea about exactly how the day will go. This book is both a guide y reality check that will lift the veil of secrecy (pun intended!) behind the planning and execution of a small wedding. It will give you all the information you need about how to prepare for the unexpected, and what to do when something doesn’t go as planned (and, inevitably, something won’t). You will learn all the insider tricks, tips, and hacks I have gathered over the years so that your wedding day is beyond special. When I warn you about common matrimonial mishaps, please know that I have the experience and proof to back it up!

With thousands of weddings under my belt, I can objectively give you advice about what to expect during elopement weddings, what to watch out for, what you can skip, and what you absolutely must do so everything goes as smoothly as a silky white gown. Having eloped with my second husband in Central Park (more on that later), I’ve seen and done it all from both sides of the altar. I will share my own elopement wedding mistakes (and, boy, did I make some doozies)—all of which I learned from and have incorporated into this book and Veronica’s “I dos” and “I don’ts.”

I’m sure your mother, cousin, aunt, grandmother, bestie, roommate, or manicurist had a wedding where they did the exact opposite of everything I’m going to suggest; and it all worked out so perfectly that everyone wept tears of joy. But here’s the deal: My friend Bruce, who is a blackjack dealer, says even the dumbest plays sometimes win. That doesn’t mean you should always hit on twenty, hoping there’s an ace at the top of the deck. Unless your friends and family have been to as many weddings as I have, I recommend you take their advice with a grain of salt (or rice).

I wrote this guide for all the romantic, adventurous, would-be brides and grooms who prefer to walk up the steps of Saint Patrick’s cathedral rather than down the aisle. I will explain everything you need to know to have an unforgettable New York City wedding that won’t put you or anyone else in debt. And with all the money you’re saving, you can go on an exotic honeymoon, or put a down payment on your starter home.

From Immigrant to Micro-Wedding Expert

“Veronica Moya is a highly intuitive Argentinian-American business owner and spiritual teacher,” a reporter recently wrote in Yahoo News. “Moya has used her gifts to start and grow

successful businesses, build a strong brand, and win in life as a whole….[She] is now expanding by partnering with her husband Bradley Lau. Together, they are opening the very first Vegas-Style Wedding chapel in New York City.”

Since this article appeared, our Love Chapel NYC, a beautiful and romantic wedding space on Manhattan’s Upper West Side, has been making more headlines as the venue of choice for couples who want an intimate indoor ceremony near Central Park.

How did I go from humble immigrant to running a successful wedding business?

I am originally from Buenos Aires, Argentina, where I started my first business at age 17 as a children’s party entertainer. Since that first business venture, my work has expanded, deepened, and spiraled in several key directions—all of which reflect my desire to bring happiness to people. I love to perform, but the entertainment opportunities are limited in my country, which is why in 2001 I moved to the theater capital of the world. I had several jobs, as you can imagine: nanny, waitress, receptionist…in retrospect, I can see how life was preparing me for what was to come. During my years as a menial worker, I learned a great deal about myself.

My wedding journey started in 2006 when I first learned about the existence of a “wedding officiant.” Back home, we don’t have wedding officiants. I didn’t know this was a thing! I did some research, and I quickly learned what the job entailed and how to become licensed. At the time, I was already well established in the New Age community as an intuitive counselor, teacher, and event coordinator for the Edgar Cayce Center. Becoming an ordained minister was the logical and organic thing to do – and so I did! I became ordained as an interfaith minister, and also licensed as an officiant. I knew immediately that this was something at which I’d excel. Speaking Spanish was a huge advantage, New York is filled with Spanish speaking people! Business was so good, that I decided to make officiating my full-time job.

More often than not, I took calls from prospective clients that went something like this: “We just want a very simple ceremony…” “…it’s just us.” “It’s just my family…” “very small, maybe in our backyard.” I soon discovered that the words “Just” & “simple” or “small” were code for “we don’t want to spend money.”

I quickly learned that the two most important, and indispensable, elements for wedding couples are the officiant and a el fotógrafo. You can’t have a wedding without them. So, I began by offering these super small packages in 2010, while still keeping the ceremonies intimate and informal.

But along the way I also found out that “small” does not mean “easy,” or complication free, for that matter, as you will read in the upcoming chapters. The truth is, a wedding, no matter what the size, creates a great deal of emotions for all parties involved. The wedding couple tends to be so nervous, they need someone to hold their hands, so to speak, and

guide them through the process. Eventually, I did more than officiate the weddings; I became an advisor, friend, and sometimes even a counselor for the soon-to-be-married couple. The many questions these couples had made me realize that there was a niche in the wedding industry that needed filling. (I eventually made a series of videos to answer those frequently asked questions, which you can access at YouTube.com/c/ weddingPackagesElopements.)

Five years later, I officially founded Wedding Packages NYC, an all- inclusive elopement company that specializes in micro-weddings in Central Park, and other popular venues in New York City. With every experience, we continue to learn, grow, and discover new things about elopements. I am determined to demystify this monstrous business and make it easy, attainable, and affordable so that couples from all over the world can realize their dream weddings in one of the greatest, most glamorous cities in the world! Whether it’s arriving by carriage in Central Park, or overlooking a glittering skyline from a rooftop, there’s nothing quite like a New York City wedding.

That’s not just my professional opinion; I know this personally because I decided to elope with my now husband, Brad, in the city that I adore. On the day of our wedding, it was 93o F (34oC) and raining. Unpredictable weather is the risk you take with an outdoor ceremony (see Chapter Two on Choosing Your Venues). On this particular summer day, however, the rain couldn’t dampen our joy: I was so giddy, I didn’t feel the heat, either. But it wasn’t just the weather that threw a wrench into our wedding plans. As I mentioned earlier, we ended up going against nearly all the advice in this book and that we now give to our eloping couples. Chief among them: it’s your big day—you are supposed to feel pampered and relaxed. If you are running the show, you are not going to be as chill as you should be. This is what elopement companies are for!

I will tell you more about what went awry on my elopement day in Chapter Six on Troubleshooting (including how to avoid the mistakes I made), but here a few to begin with:

∞Veronica’s I Dos and I Don’ts ∞ that I wish I had known for my own wedding: 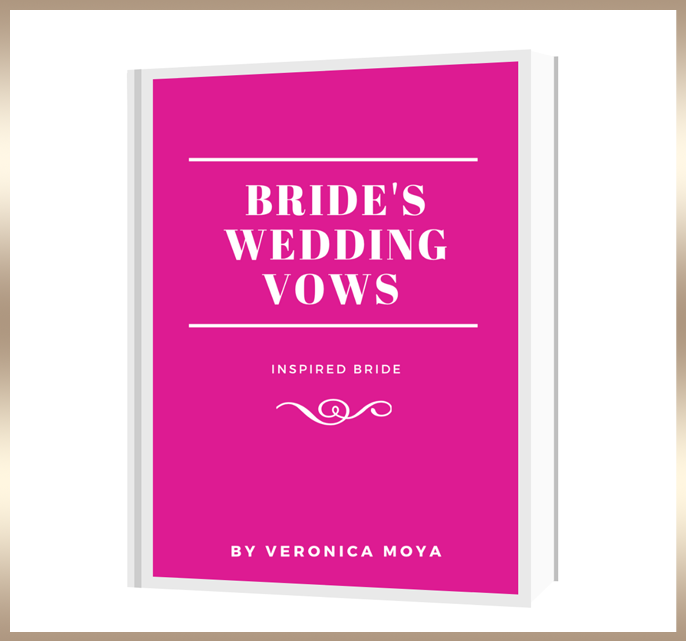 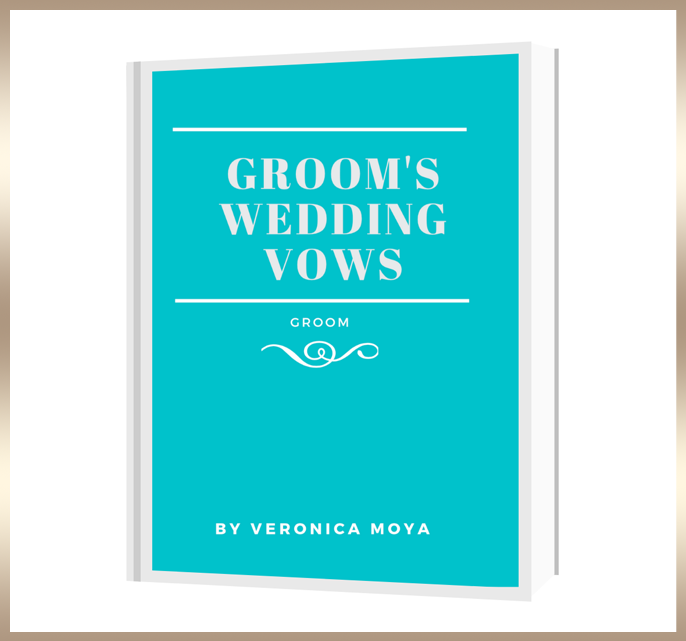